Old Amsterdam won the Silver Medal in the Aged Gouda Category at this year’s World Championship Cheese Contest in Wisconsin.

Old Amsterdam received a score of 99.70, the 2nd highest score among 48 cheeses entered by a great variety of producers from five different nations.

About the World Championship Cheese Contest

The World Championship Cheese Contest is established in 1957 and is held every two years. It is a technical evaluation that uses an objective measure of cheese defects to select the products in each class which best exemplify perfection. The highest scoring cheeses earn a gold medal, with silver and bronze medals awarded to second and third place finishers in each class.

Old Amsterdam is an Aged Gouda with a character all of its own. The rich flavour, hints of caramel, ripening crystals and creamy texture are the result of an authentic family recipe and tireless passion for cheese. Old Amsterdam is a brand of the family-owned Westland company, founded in 1936 and located in Huizen (Holland). Westland exports Old Amsterdam to more than 60 countries around the world. 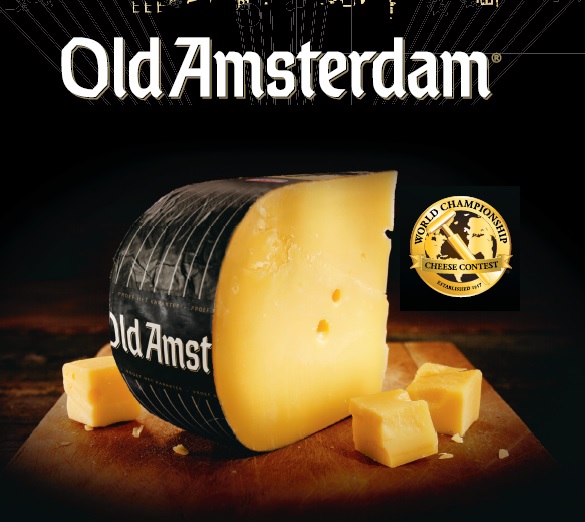