< Back to the overview

You will also need: a cheese slicer or mandolin and a baking tray

1 Preheat the oven at 180 °C. Cut the eggplant in wedges of ca 2 cm. Sprinkle with salt and leave for a minimum of 10 minutes. Dab dry with paper. Heat 2 spoons of oil in a frying pan. Fry the eggplant wedges on both sides until they’re brown. Put on a baking tray.

2 Stick the almonds on a corner of the baking tray and roast with the eggplant.

3 Slice the Hommage Coriander Cheese and divide over the eggplant. Put the baking tray in the middle of the oven and bake for another 10 minutes until the cheese has melted. Let the almonds cool a little and chop into coarse bits.

4 Meanwhile cook the quinoa in plenty of salted water. Drain, then mix the almonds with the quinoa.

5 Chop half of the coriander, stir together in a bowl with the chopped chilli and 4 spoons of oil. Divide the quinoa over 4 deep plates. Put the aubergine tarts on the side and drizzle with the spicy coriander oil. Top off the quinoa with the remaining coriander leaves.

Variation: For kids, use Gouda Cheese Young to make the eggplant tarts. Serve the chillies on the side for the adventurous ones. 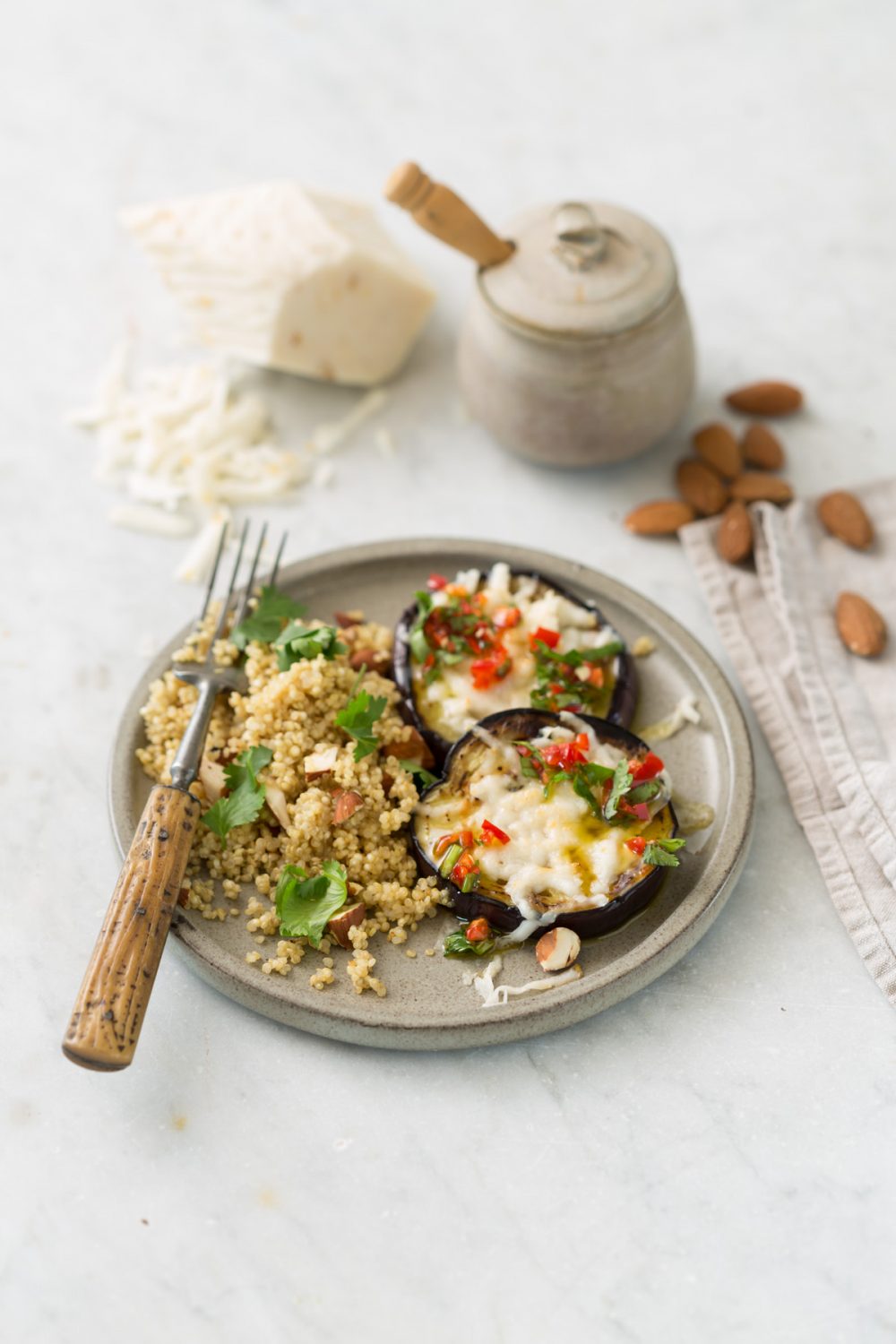